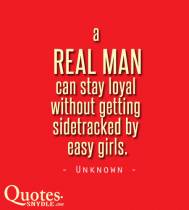 Hello Readers, Linda here. Today I would like to tell you what I have discovered about Pro-Athletes and Former Pro-Athletes. I have gained a lot of information lately on this very subject that I know every woman needs to hear about.
Recently, I have received a few emails regarding a certain Former Pro Athlete. He lives in the LA/OC area and has played for various baseball teams. He is now retired.
I have discovered that this man who is currently in his 40s, is one of the biggest PLAYERS and Womanizers that I have heard about in a long time. Every woman that I have spoken to or emailed back and forth with thinks that she is the only one. These poor women are so wrong. To date, I have spoken to or emailed at least 3 women – and I am sure the list goes on. These women are too trusting and understanding of this man’s behavior and lies. One woman I spoke with believes she is his only girlfriend because he has given her a drawer for her overnight women’s things. This small gesture makes her feel like she’s the only one. NOT TRUE! I’m sure he quickly removes her things from sight as soon as she leaves.
The other women who frequent his place probably know nothing about each other because he’s gotten so good at hiding his lies. One “girlfriend” told me that she spends the night there often, however he won’t let her hang clothes in his closet. HMMMMMMM. Isn’t that interesting? If these ladies were the only ones, why wouldn’t he allow her to hang clothes up in his closet? Makes you think right? The only possible reason is that he never knows who will be coming over the next night and another “girlfriend” may get upset seeing women’s clothes in his closet. Could he even be stupid enough to give more than one girl the key to his house?
This man also frequents New York for “business”, but we know it’s never just about business. I learned about at least one other “girlfriend” who lives there. So, his NY visit are really again just about getting laid (and of course getting more attention). Guys like this are so insecure that they really just want attention from anyone. This poor NY girl probably thinks she is the one (just like the LA/OC girls think) and that he is truly invested in her… Think again.
He rarely travels with any of the girls because wherever he goes he has a different girl in every state and even in London. He told one of the girls he was going to London to get measured for a suit there…. Hmmmmmm…. Alone? Isn’t that interesting? I have not found out who the girl or girls are there yet but I am sure they will come out as these women are getting smarter.
Recently, he went to New York wearing a jacket that one of his girls gave to him while he was visiting the NY Girl… how sad is that?
Meanwhile, even more recently he flew the NY Girl out for her birthday for almost a week and she secretly filmed his house with his back was turned while he was cooking her birthday dinner (so you could see him in the background). Who does that?? I’ll tell you who does that – a girl who thinks this guy is her boyfriend… Remember this is not the women’s fault but HIS and HIS ALONE.

I have to say I have lived that life and married an X NFL Player who did the same things to me. I have survived and lived to tell about it. You see, after my X refused to give up his mistress, I left him. I had no choice and it was the last thing I wanted to do but I had to do it for my own sanity.
Sadly, after our separation, he and his mistress tried to hire someone to kill me. Luckily I found out about it and reported it to the police and homicide detectives. The whole experience was a nightmare that no one should have to live through. Sadly, due to mental instability, my X husband took his own life last year, April 15th 2016. In addition to his mental sickness, he had extreme guilt and a scarred reputation. I am still very upset and sad about all that took place. I still loved this man and was ready to forgive him. We got very close to reconciling before he took his life. We spent significant time working on rebuilding our relationship and even made peace with the past – we were ready to move forward with our second marriage. You may think I am crazy but this man was the LOVE of my life and I was devastated to say the least, as it was so unexpected.
Hence the reason I write my blogs, give advice and counseling to ladies and men like myself.
Let’s get back to Mr. X Athlete Womanizer…
I am in an awkward position because I care about these women and want to tell them that the man they’re spending time with probably does care about them, but that he just makes BAD decisions… I do not want to see them go through what I did. Pro-Athletes and former Pro-Athletes hold themselves to this great reputation and can be so EGOTISTICAL. They’re either sponsored and afraid of losing endorsements or worried about scarring their reputation, that they live double and even triple lives. And if someone manages to shake that up with threats of exposure, they will do just about anything to save face. You may think this is a crazy blog and what I am saying cannot really happen, then you my friend are truly delusional. These guys will do anything and think they are above the law (case in point OJ Simpson) they actually think they can get away with anything.
They are the most selfish, self-absorbed and self-serving people on the planet. My X who played for Dallas in the 80’s told me the protocol of what happens before and after games especially away games.
There is someone assigned to show these guys photos or even in person women who they can F*** after the games and the number of girls at one time is optional. Pretty scary huh? So, these guys get exposed to kinky, crazy sex which makes them more addicted so when they retire they do not want to give that up. It’s an addiction and even if they marry, they still cheat on their wives. Think about how many athletes cheat on their wives and are exposed but the wives hang in there because they get use to the life style. It’s a vicious cycle.
Here are my suggestions if you are dating or think you are an athletes GF below:
• Always check up on them.
o Get them use to staying in contact with you. If they go MIA, you know something is off.
o When they travel, get their itinerary (flight and hotel information). Tell them that you want to make sure they arrive safely.
• If they say they’re traveling with buddies or alone, BIG RED FLAG. Don’t buy it. These athletes need a girl every night and this only means that they are there visiting another woman or on a quest to hire an escort or two.
• Do a background check to see how many restraining orders they have against women or women have against them. They could be violent case in point Ray Rice and Adrian Peterson.
• When you get a chance, get on their computers and look at their emails and photos.
o See if there are any dick pics (that were never sent to you) or photos of other women.
• Always check their Social Media sites…IG, FB, and Twitter etc. A really smart thing to do is to create a ‘Google Alert’ with their name so if anything goes on anywhere where they are at, you can see the alert and photos etc. Remember they are celebrities and want to be noticed.
• If they are on Social Media and don’t post pictures of the two of you, this is another BIG RED FLAG. A man who cherishes you will show you off to the world!
What to do if you are one of these girls and thought you were the only one? My advice is to RUN as FAST AS YOU CAN. These guys do not change….. You will get hurt, depressed, lose self-confidence, psychologic issues, and trust issues for the rest of your lives finding it hard to trust anyone else and worst of all KILLED. And that my friend is NO JOKE.
Always remember you have your girlfriends and myself to help you through this. You can never trust an athlete retired or active so you need to do your due diligence to keep yourself safe. And remember, if he is not using protection while having sex with you, he is not using it with anyone else. Case in point (Magic Johnson) who contracted HIV.
Bottom line; protect your heart, your sanity, your life and your health. Don’t fall for these guys and their BS stories. They will tell you anything to get laid and it is sad but true.
If you know who I am speaking about, please contact me at Linda@Lindasdatelist.com

One more very important thing, if you are one of these women, go immediately to your OBGYN and get tested for every VD you can be tested for… If you come up positive for anything, I will update this blog with the information for the other women. You can remain anonymous and you will only be helping the women involved or any women reading this….. Ladies, we need to stick together and I know the truth hurts but it is better to know than not to know… think about it…

My love to you all! 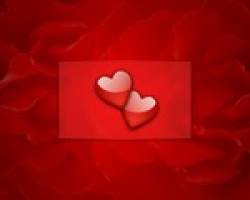 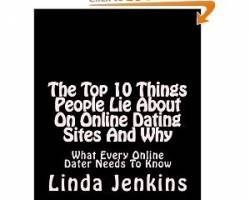